The racing calendars of the two regions will also merge, with a single headline series, called the “Northern Super-Series” bringing together the best ten events from both sides of the border.

A second tier competition, called the “Northern Rankers Series” will encompass all the above events, plus the remaining 15 to 20 lesser events in what is effectively a ranking system for almost the whole of the North of England.

Speaking on behalf of YCCA, Secretary Fred Rothwell said “This offers both regions the opportunity to provide a higher level of competition for up and coming riders, whilst also supporting newcomers and grass-roots riders. We accept that there will be more travel involved, but believe that bigger regions are the future of our sport.”

For NWCCA, Ray Pugh said “I’m excited to be working with my colleagues from across the border on building a platform for the sport for the next 10 years.”

The merger will also have a number of other ramifications, not least for the Three Peaks Cyclo-Cross Race which from the Autumn of 2015 will become the Four-Peaks Cyclo-Cross Race and include Lancashire’s Pendle Hill in its route. This will extend the event by some 30 miles, but former organiser John Rawnsley accepts the change: “It’s a good move. Many riders train on Pendle Hill and it’s spiritually connected to the other peaks. I’ve also thought that the 3-Peaks was becoming a bit easy for the modern generation of riders with their fancy disc brakes and their carbon-fibre survival bags. The addition of an additional peak comes at a good time, for me!”

Further details of the merger will be announced in the coming months. But one final piece of detail concerns the re-naming of categories, with the aim of freshening up the system and more accurately reflecting the nature of the competitors than the rather staid British Cycling nomenclature.

An association running summer and winter leagues in Yorkshire 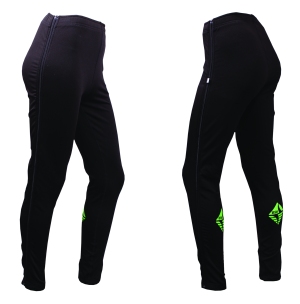